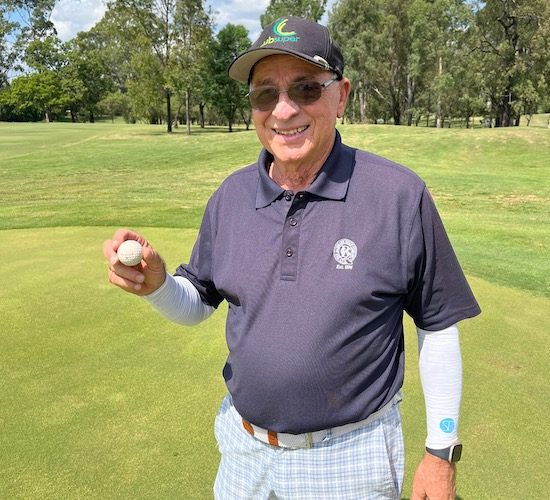 The recent floods may have inundated much of The Brisbane Golf Club course, but damage – and washed-up debris – was scant when compared to recent natural disasters.

As a result, the course was closed for only 15 days in late February-early March while the clean-up took place, and is now back in tip-top shape – as it was prior to the torrential rain which fell in February.

And while a slice of unwelcome history was created during the 1974 flood when 122 hungry head of cattle, two railway wagons full of wheat and a trailer load of margarine was among the objects which found a new home on the course, the most significant ‘deposit’ from 2022 has been an historic golf ball.

Believed to be maybe 50 years old, the ball bearing the name Errol Hartvigson (sic) was retrieved – alongside a dozen others – in the small creek on the left-hand side of the par-three fourth hole. Errol was Club Professional at BGC from 19670 to 1987.

Remarkably, the finder was another BGC stalwart – four-decade member and past President Peter Castrisos, currently a board member of Golf Australia who, as fate would have it, learnt his golf under the tutelage of Errol.

“Errol taught me to play golf, and sold me my first set of golf clubs,” Peter recalled.

“But to be honest, I don’t remember him ever selling golf balls engraved with his name.”

And, mysteriously, Errol can’t recollect having ordered any such golf balls. In fact, he is 100 per cent certain he did not.

“That wasn’t me. I would never have bothered with something like that,” said Errol.

“In fact, I don’t even remember seeing one. My only assumption is that a golf ball rep probably came up with the idea, presented me with the ball and hoped I’d buy some.

“Obviously, I wasn’t impressed – either with the quality of the ball, or the fact that he’d spelt my name incorrectly. But seemingly someone got hold of one, and apparently lost it somewhere on the course.”

Peter Castrisos was among the first group of members to play the course when it was brought quickly back into play following the most recent flood, and located the now-illustrious ball among a dozen or so in the small creek.

“I duffed my tee shot at the fourth, and it finished in the creek. When I looked where it finished, I found a dozen or so balls, which I scooped out,” he recounted.

“I put them in the basket of my buggy, took them home and soaked them in a bucket of Napisan overnight. I couldn’t believe it when I saw the ‘Errol’ ball. It brought back so many great memories.”

The popular Errol Hartvigsen now lives on the Sunshine Coast and has his own golf equipment business, Retco Golf. And, at 78 years of age and playing off a 10 handicap, he recently parred the course at Maroochy River, where he is now a member.

BGC President, Mark Deuble, has paid tribute to the ‘exceptional golfing community’ for the manner in which the club has recovered from the recent flood.

“For us to be back playing golf within three weeks of three-quarters of the course being inundated and 16 of the 21 greens covered with water, mud and silt, is truly unbelievable and is the result of an outstanding team effort,” he praised.

“Everyone – and I’m talking about the ground staff, the office staff, the Pro Shop and catering staff, as well as many of our members – dropped everything and pitched in. As a result, the course has made a remarkable recovery.”

“David started here the day the flood peaked, and jumped alongside everyone else, full of enthusiasm. He was very impressed by the fantastic effort, and commitment, of our golfing community,” Mr Deuble said. – TONY DURKIN 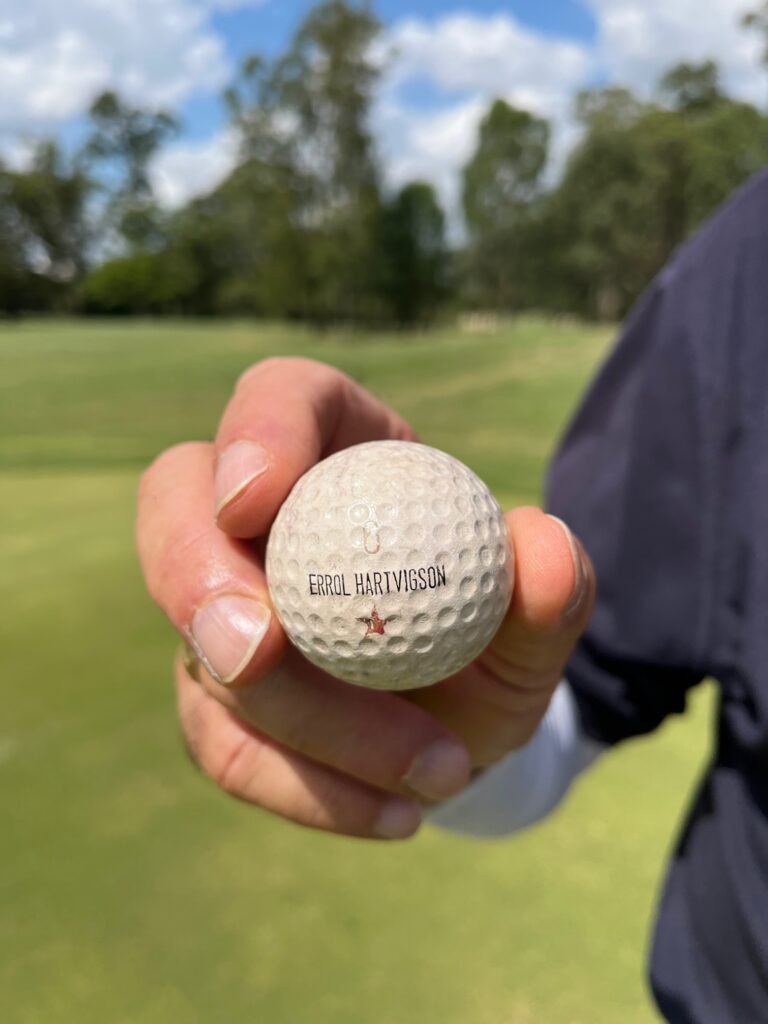