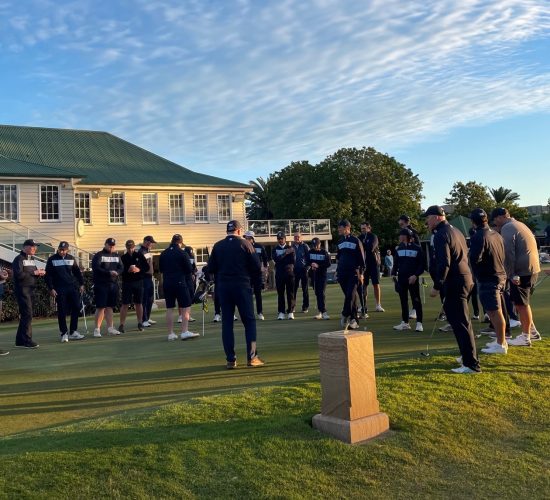 Following a virtual two-year hiatus because of Covid, the Brisbane District Golf Association Pennant season is back on the golfing calendar and The Brisbane Golf Club is confident of another dominant showing.

The 2022 Pennant season starts next Sunday (July 17) with BGC drawn to play at home, against Keperra from 7am. According to Pennant selector Dave Raman the BGC team once again shapes as a very strong contender.

“We have a super strong Open team, but there will be some disruptions throughout the season which we will need to manage,” said Dave.

“Because of their commitment to playing in elite amateur competitions, we will lose four players – Sam Slater, Billy Dowling, Sam Howse and Conor Whitelock – at various stages, and Chris Somerfield starts his US College career before the season ends. While we have the depth to cover them, we certainly need all the players to buy into the ‘team’ concept.

“Every single player in our overall team will play a vital role during the season.”

On match day each Pennant team consists of 21 players – 11 in the Open team and five each in the Junior and Masters teams. Juniors must be under 18 years of age, and Masters team members over 50.

Club Champion Sam Slater, who has represented the Club in Pennants since the age of 14, will miss round one because of an invitation to play the Singapore National Amateur Championship. And 2021 Queensland Junior Champion Billy Dowling, playing Pennants for BGC for the first time, will also be absent for round one, competing in the World Junior Championship at Torrey Pines.

As well, Sam Howse and Conor Whitelock will also be unavailable at times during the season.

The Masters team will again be led by BGC stalwart Stephen Deane, while the recently qualified 50-year-old Eugene Estella moves from Opens to Masters for his first season. BGC Club Captain Ash Sturmer also joins the team, and will be the Pennant Captain.

BGC takes an impressive recent record in BDGA A Grade Men’s Pennants into the 2022 season. The club won back-to-back in 2017 and 2018, then finished third in 2019 behind Redcliffe Golf Club before the 2020 Pennant season was cancelled and just two games were played last year.

Four clubs, Brisbane, Keperra, Redcliffe and Pacific will contest the 2022 season in A Grade, playing each other twice on a home-and-away basis.