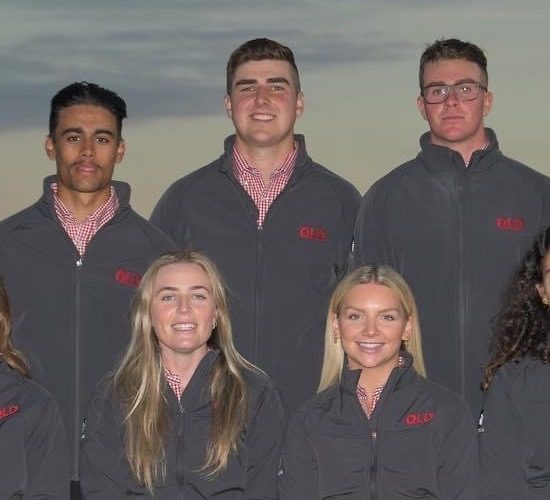 Although Queensland finished equal third in the mixed event behind Victoria and Western Australia, Hannah was one of the standouts of the series winning four of her five matches. And, she was under par on the tough Sorrento course in those four winning matches.

Also representing Queensland was reigning BGC Club Champion, Sam Slater, who was the top-ranked local male player. Sam won just one of his five matches, but three of those went to the final hole and two of the players who beat him one-up – Andre Lautee (Victoria) and Jack Buchanan (WA) – fought out the final with Lautee winning one-up when holed-out for eagle at the final hole to clinch the trophy for his state.

Hannah, who joined Brisbane 2½ years ago after graduating from Hills International Academy at Beaudesert, said she played ‘really solid’ over the three days which included two 36-hole rounds and 18 holes on the final day.

It was her first time playing Sorrento and she described the greens as ‘typical Melbourne – fast and firm, but rolled really nicely’.

Originally from Stanthorpe, Hannah plays of a handicap of plus 2.7 and has been unable to play the past two TBGC Club Championships because of tournament golf commitments. But she is playing Pennant golf for the club this season, and is currently unbeaten after four matches in Gold Division.

Naturally disappointed with his results in the interstate event, Sam said that although he took three of the best amateur golfers in the country to the final hole, he struggled with his swing during the week.

“It was a tough completion with the top amateur golfers in Australia competing, so there were no easy matches,” he said.

“But it wasn’t the best time to lose my swing. It is another of those challenges golf throws up, and I suppose I handled it okay despite my 1-4 record.”

Sam, who has won three BGC Junior Club Championships and is this year’s Tasmanian Open Champion and the 2020 South Australian Amateur Champion, plays off plus five and is about to test his talent against the best amateur golfers in the world.

Although last week’s tournament was the first time the Australian Interstate Team Series was played as a mixed event, to honour tradition, the men’s and women’s trophies were also awarded. South Australia won the men’s trophy for the first time in 39 years and Victoria claimed the women’s, after last winning that title in 2017.

Queensland played five matches, won two, drew two and lost one. They finished on three points, one behind the victorious Victoria team.